We had all just gone on Christmas break, and we had all just been fired. The company I had been driving for and even moved closer to had closed its doors, and I was unemployed.

So here's the thing. If you have a Commercial Driver's License in Chicagoland and don't have a job, you just haven't opened a newspaper. I had to make some decisions right away. Do I continue down this path that's slowly eroding my soul, or do I try to ride my small but recent achievements into the video game industry and try to establish myself in it?

It didn't take long for me to figure it out. Soon, I was packing and making arrangments with my former wife for my mail to be picked up and have my place looked after.

Packing, you ask? Well, along the way, I made a lot of friends in the Buildbox community. People I respected and wished I could meet in person. So that's exactly what I did. I had mentioned I would like to drive out to California and meet one of my better friends from the community, and he invited me to come out to stay a week in his home. I couldn't refuse to seize this opportunity, so I packed up and headed to California. 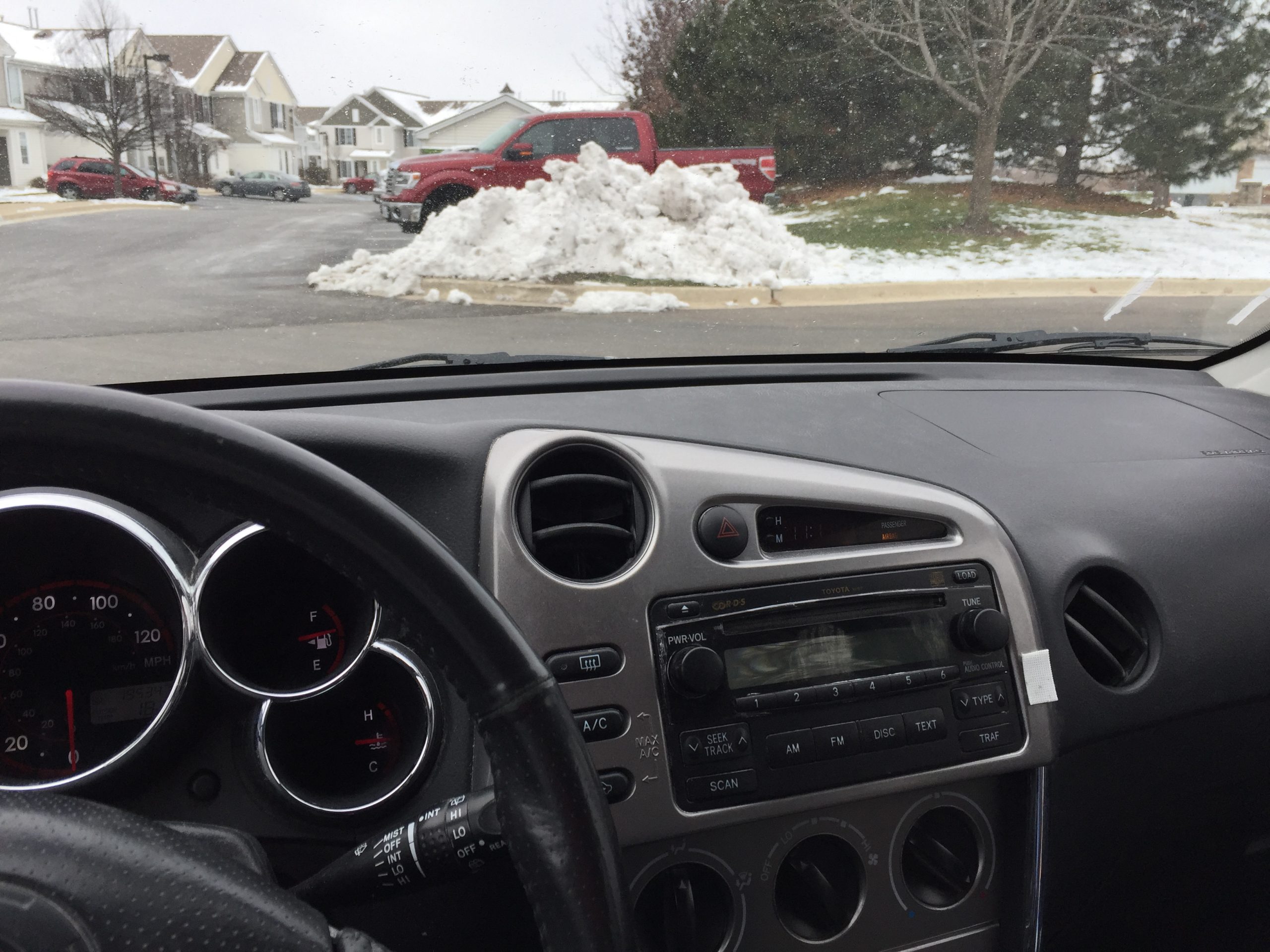 I remember that moment I got in the car so vividly. It had recently snowed like crazy and it was still hanging around. My former wife hugged me and wished me luck, and I drove off on the adventure of a lifetime. I was going to do it on the cheap, too. Remember, I had just lost my income. I didn't stay in hotels along the way. Instead, I slept in my car at truck stops. If there was one thing I knew how to do, I knew how to live on the road. 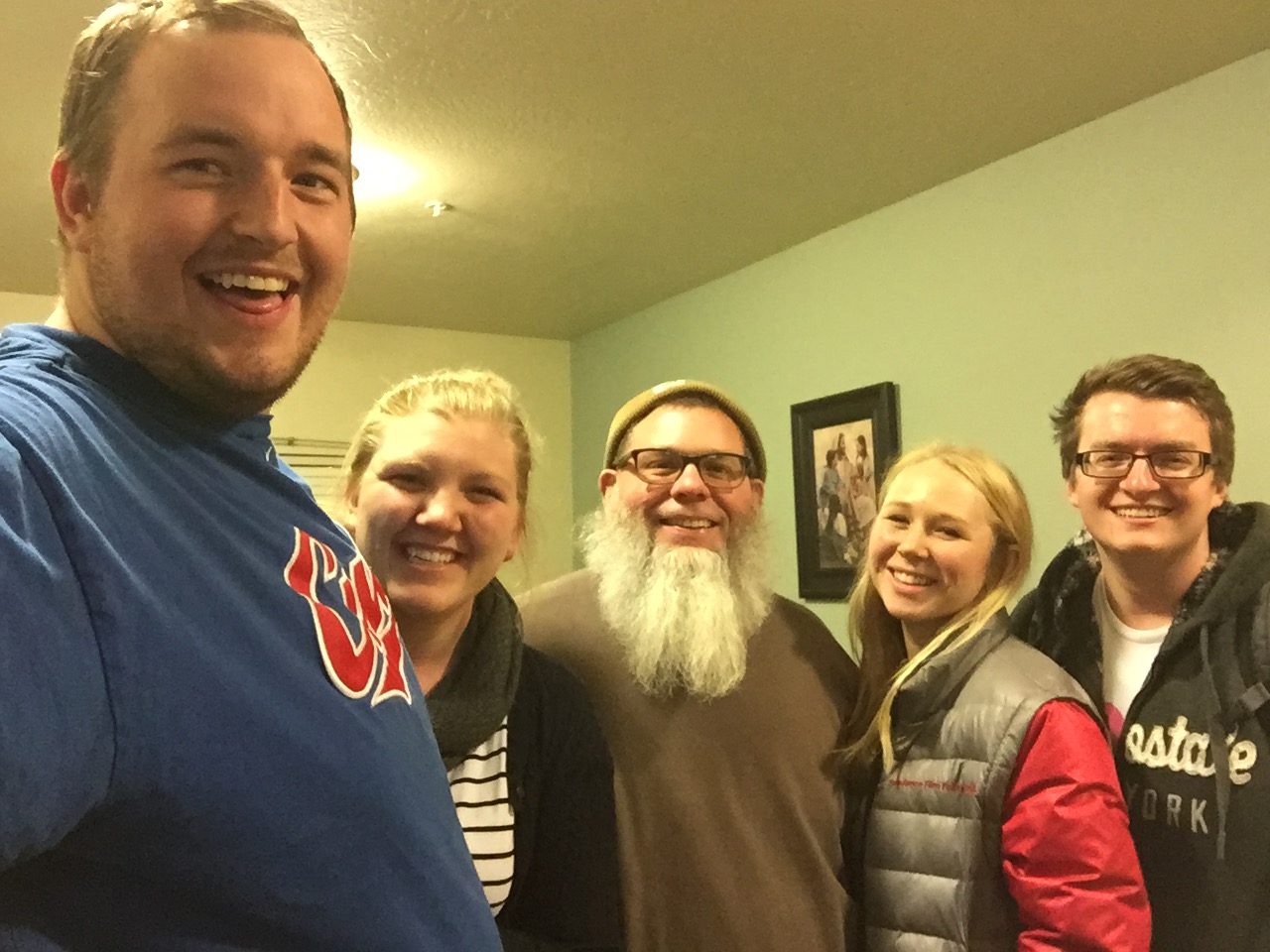 I made plans to stop in Salt Lake City, UT, to visit some friends I hadn't seen in years. They were so kind to me. They let me commandeer their couch, and I had a wonderful time with them during the Christmas season.

After leaving their hospitality, I headed for LA. I set out to meet several people, even trying to set up a time to meet the man who changed my life, but Trey Smith had enough going on, and it wasn't feasible. Maybe if he understood what he had done for me, and what meeting him would mean to me, he would have made time, but perhaps that's on me for not communicating it. 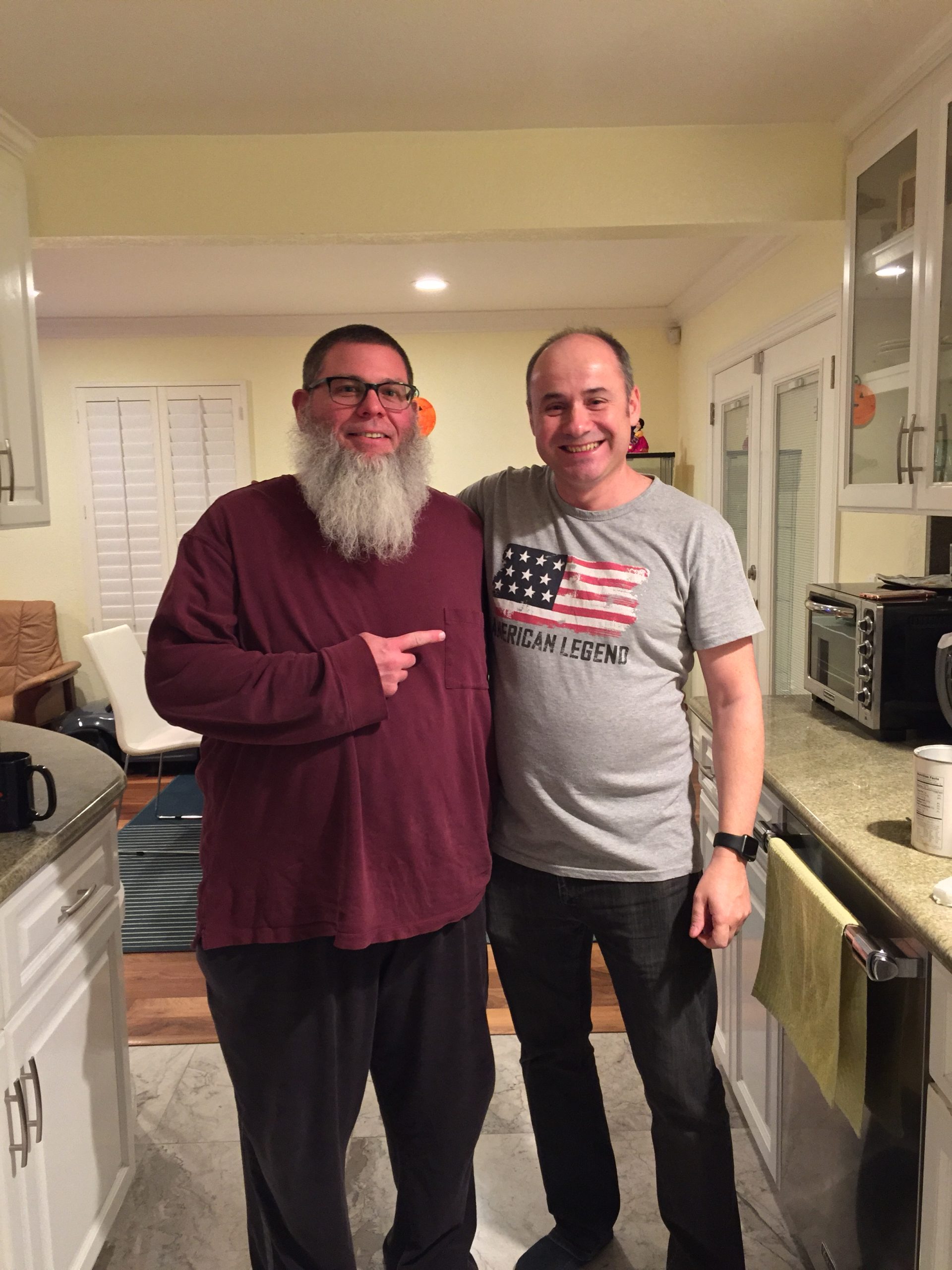 I did, however, get to spend time with a few of my friends from the community. It was perfect timing on a housewarming party for one, and it was a week in California I'll never forget. The friend I stayed with helped me devise a plan for when I got home, which would surely help me establish myself in the video game industry and avoid getting back into a truck. A program that included doing Lyft and Uber while building a freelance business working with clients either making games or doing sound design. Remember, during all those years driving a truck, I worked with audio even to the point that I ran a studio out of my home, so those skills transferred to the video game industry easily. So at the end of the week, I packed my car back up and headed home.

I took a different way home from California than I did getting there. I stayed as south as possible, leaving LA via I-10. I was certainly in no hurry to get back to the snow I had left behind.

LA to Chicago is a long drive. There's lots of time to be alone with your thoughts. I had a plan to become a freelance Game Developer and Sound Designer while paying the bills with Lyft and Uber. I rehashed it over and over. It was a good plan. My friend in LA had helped me formulate an excellent approach to make freelancing the full-time gig.

The stars are phenomenal in New Mexico. The higher the elevation, the smaller we become in the universe. It's grounding. Humbling. Connecting.

Along the way home, though, I started to notice a problem with my vehicle. A louder and louder issue that, given the car was all-wheel drive, quickly became an expensive infirmity. In summary, by the time I reached my home in Oswego, IL, my car required thousands of dollars in repairs. I had survived the road trip to LA. My car did not.

My car was part of the plan.

No longer able to do Lyft or Uber to pay the bills added desperation to my plan. Desperate is a lousy plan. So is dying inside every day. In no way, shape, or form did I want to get back in a truck. 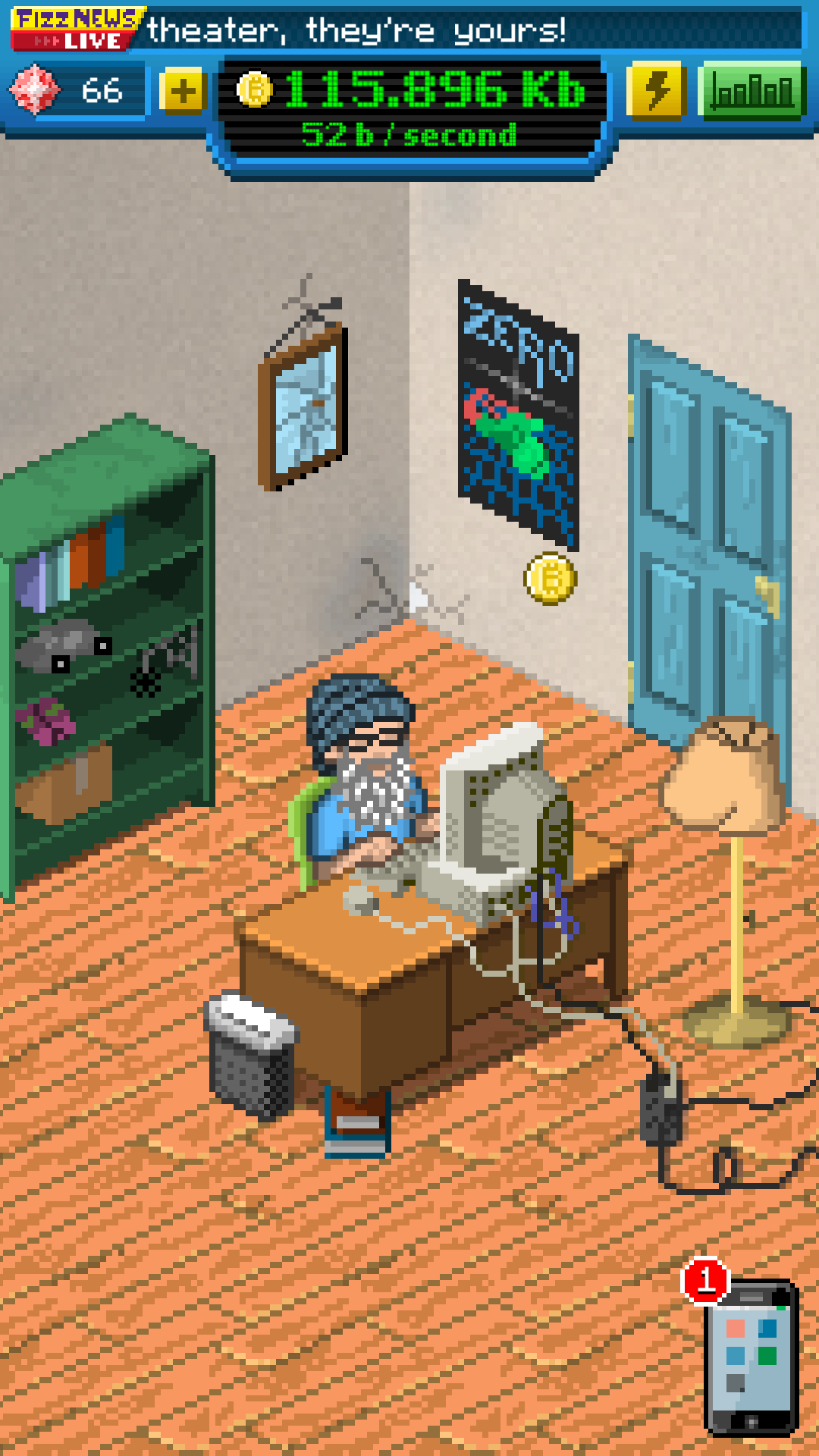 Bitcoin Billionaire by Noodlecake - my custom character looked just like me as we got to work...

So I got to work. I took a class on Udemy on how to land clients on freelance sites. It worked. I landed some clients doing odd jobs like color correction for videos, audio restoration of old recordings, etc. Eventually, I landed some game jobs. They were paying game jobs. Not much, but building the resume was now the primary goal. Hold out long enough to survive while the resume gets to a point where game jobs were paying the bills. A lousy, immature plan, but going back to trucking just seemed like a spiritual prison I had to avoid at all costs.

Having gotten sober while at that job I was working 65-75 hours a week, I was still doing a lot of growing up. There was also a lot of growing up I hadn't done yet. One of the reasons I put myself in the situation I was in. My credit cards were on the rise, and I was asking others for help.

See, I spent years in an industry hearing hate speech with no one stopping it, management included. I've been to orientations for jobs where every "tolerance" under the sun was taught as company policy EXCEPT sexuality... that always stuck out to me. I was in that industry for 20 years, and the whole time I was afraid. Not just for me, but also for my family. It reinforced with a heavy hand that being queer in the world was dangerous. I was trained to be someone else for many many years. I had to wear the mask of a "man's man" to keep a job and act like I wasn't dying inside.  Masks I could no longer breathe through.

In reality, hiding my sexuality from the world was the main reason I was drinking myself to death. Yes, I had been sober for a while at this point in my story, but there were many new maturities to discover after getting sober. At this point, I let my fear of revisiting that life keep me in a financially ridiculous situation, and I was desperate never to set foot in a truck again. I cringe when I think about that now. I've done a lot of growing up since.

Back to trying to make this work, I was certain, just around the corner, something would go my way. I spent a lot of energy trying to ignore the fact that I was on a one way trip to unrecoverable debt. I wasn't making good decisions. Things were looking grim, and stress was bearing down in a stifling manner.

Do you know what doesn't help in that situation? Unresponsive clients. You know why? Unresponsive bank accounts. Client abandonment means no pay, I didn't have the resources to pursue payment, so agreements went up in smoke, and things looked even darker.

I did have some small wins here and there. 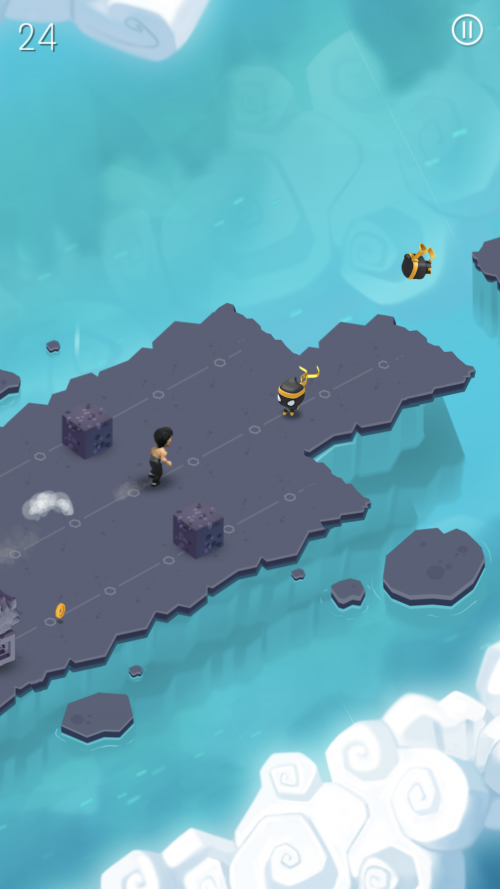 Even while diving into Unity, and slowly using Buildbox less and less, another opportunity came knocking. Trey Smith had a team working on an official licensed Bruce Lee game, and he asked me to be a part of it. He needed an expert in the software to get the game to behave as envisioned, and he reached out to me, which resulted in another shipped game under my belt. 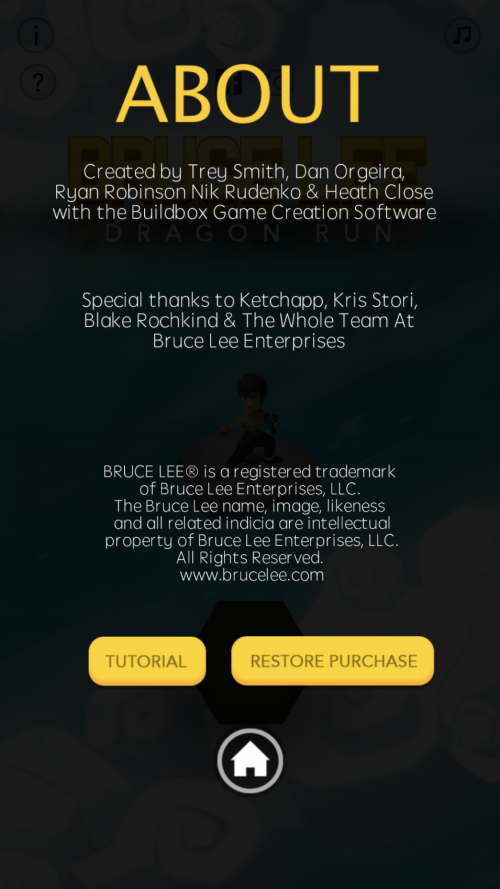 After that project ended, my experience with Unity became my path, and my time with Buildbox became my past. Over time, I was on the Buildbox forums less and less. I would continue to get emails from people seeking help with their games, and eventually, would see posts like "What happened to Heath Close?" that others would point me to. Ultimately, even though that software and that community had changed my life, I was no longer using Buildbox.

Then one day, out of the blue, I received an email from the Buildbox forums that someone I had visited in LA had messaged me. He had a job for me. A good job. Temporary but worth it. As I had hoped, things suddenly went my way. In a big way. This was no small project. This was a bid deal for a very recognizable franchise. Remember that resume I was trying to build? This job would solidify my place in the video game industry. This is the job I had been waiting for. Things were about to change.

I had landed THE gig... what could go wrong?