Very early on in a Scrum Team's self-organization, it's good practice as a Scrum Master to teach the team about Scrum's Core Values: Focus, Openness, Commitment, Courage, and Respect. Once the team has been introduced to these values, the next logical step is to guide the team in putting together the team's first working agreement.

A working agreement? I like to call it an "Agreed Approach to Professionalism".

How can a team know what is expected of them from their peers if it isn't discussed and documented for reference?

Obviously, there are certain social mechanics in any workplace that are universal, and in addition to the obvious, this is an opportunity for a team to take shape in ways they might not have exercised before. It offers the team expectations to check themselves against.

An item in the team's working agreement might be as simple as "Don't Lie", or "Be on Time". 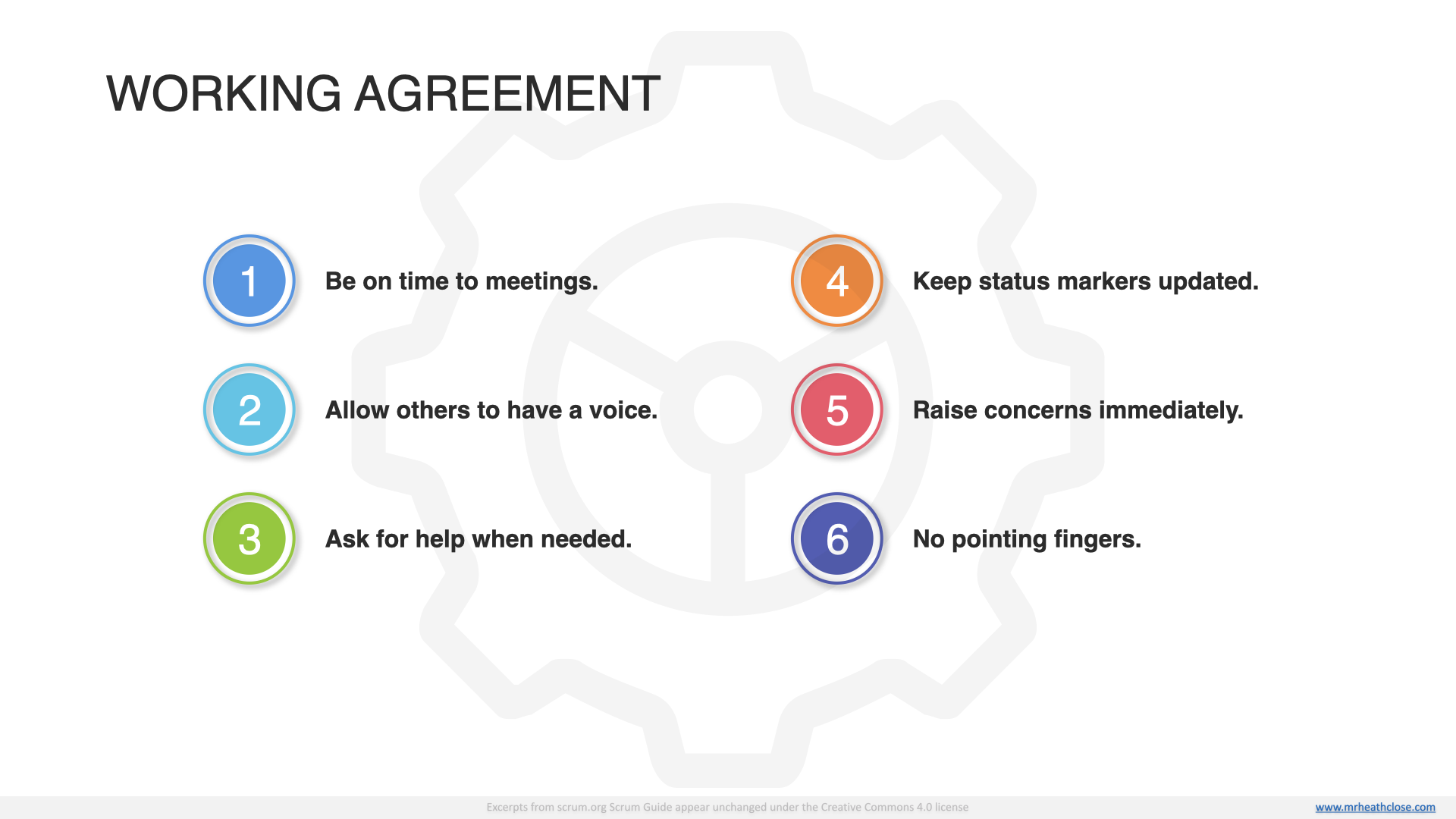 Getting this first baseline agreement is a living document that the team can update as more is revealed about their interactions and productivity.

What is an unusual item on your team's working agreement?

I'd be curious to know how often your team revisits their working agreement. Comment below.

Thank you for subscribing!  Be sure to finish the process with the confirmation email in your inbox.  If you don't see it, be sure to check your spam filter.